Our under-age teams have proudly closed the 2018-19 season with a championship trophy and two silver medals in their pockets.

Having worked hard since last summer, the Academy’s first successful result of the season came with the U15 National Championship when the young girls cameback from 0-2 against VakıfBank in the final match. In the speech that team captain Defne made during our Club President Faruk Eczacıbaşı’s invitation for the champions, she described the sisterhood which has developed after spending almost seven days a week in the same locker room:

“Since the beginning of the season our coach Ayhan Arın has reminded us how we need to support each other by doing that (fist bump). We’ve always kept that in mind and stood firmly beside each other.” 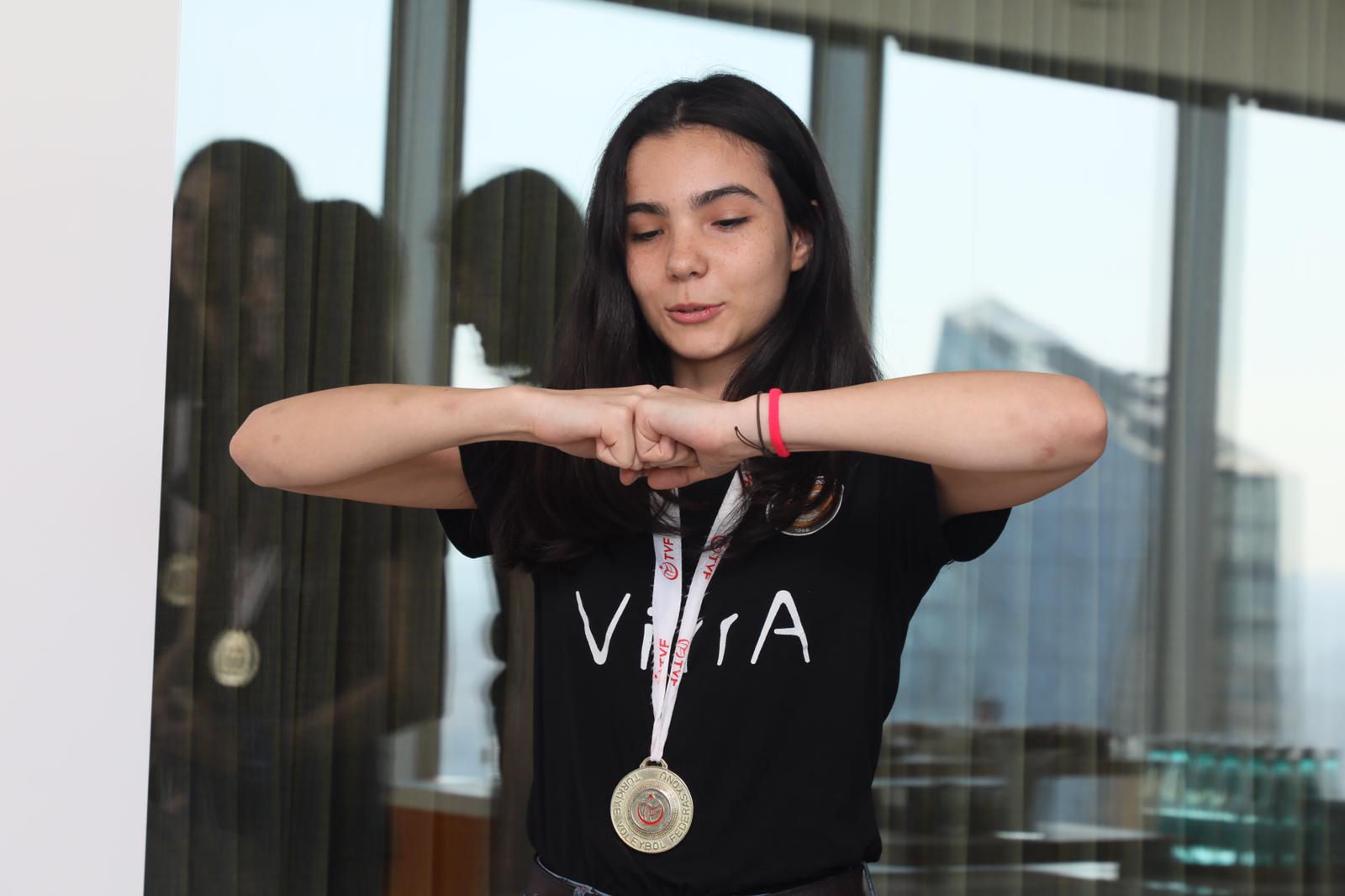 With the U15 title in books, we moved our focus to the U17 National Championship where five 2004-born champions from the U15 Team roster also took part.

The U17s went through a successful group stage in the tournament, defeating strong teams like VakıfBank, İzmir Rota Schools and Gelişim Schools one by one. The final clash against Fenerbahçe was surely a match that all spectators enjoyed watching as if they would enjoy a top-level final match. U17s have fought tremendously in the five-set final and finished the season with their well-deserved silver medals hanging around their necks. 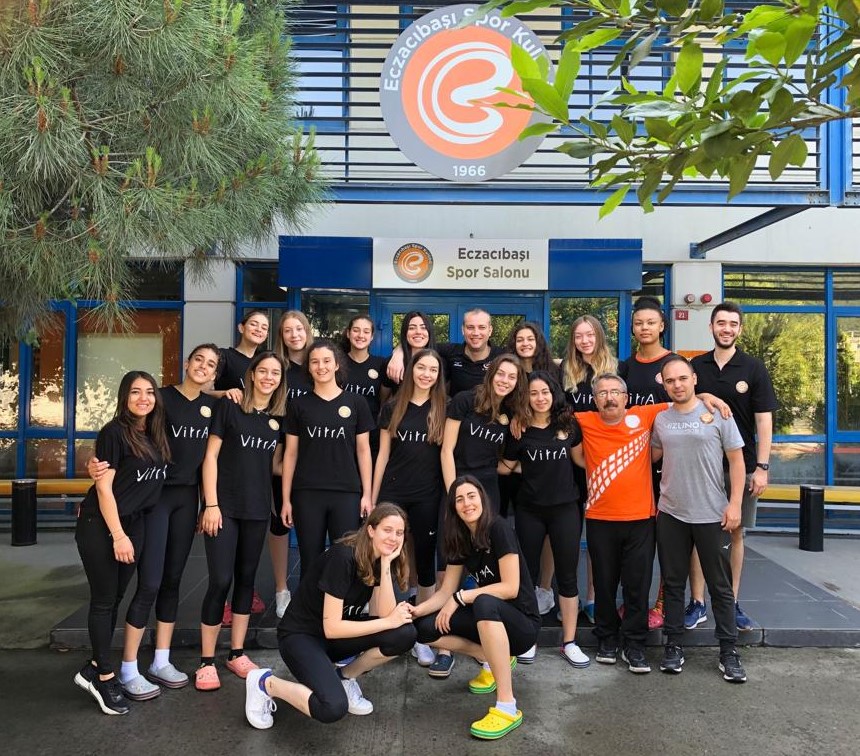 U17 Team departs for the U17 National Championship

The last tournament of the season U19 National Championship took place in Istanbul. Since our Academy system has changed at beginning of last season, the U19 team mainly consists of the U17 roster and four other junior players of whom Merve Atlıer and Melis Katipoğlu were the most experienced ones after spending last season as professional athletes. The girls have left behind a very successful regular season in both U17 and U19 categories and moreover, they gained an important experience by playing a lot of games at different levels. After a 3-0 loss against VakıfBank in the U19 National Championship, young ladies finished the U19 season in the second place. Not only the silver medal as the result of their hard work but also the oldest players of the team Melis and Merve’s “graduation” were celebrated after the match. 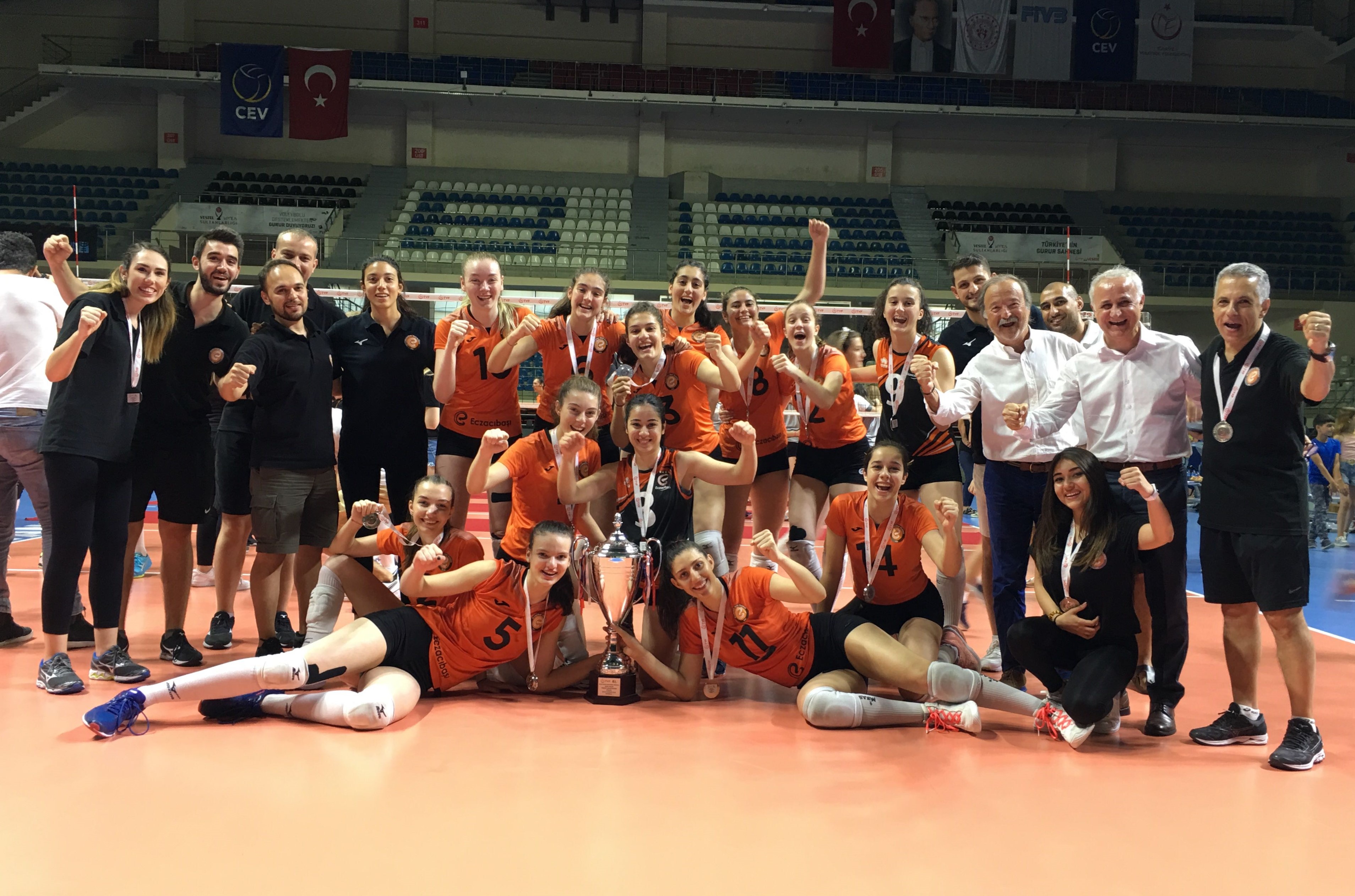 While we are truly satisfied after a long and successful season, we are also sharing the pride and joy of our players and staff members who are invited to the national team as a result of their great efforts: Merve and Melis for the U20; Dalia Wilson, Pelin Eroktay, Nehir Kiraz and our U15 Head Coach Ayhan Arın for the U16 Turkish National Team respectively. 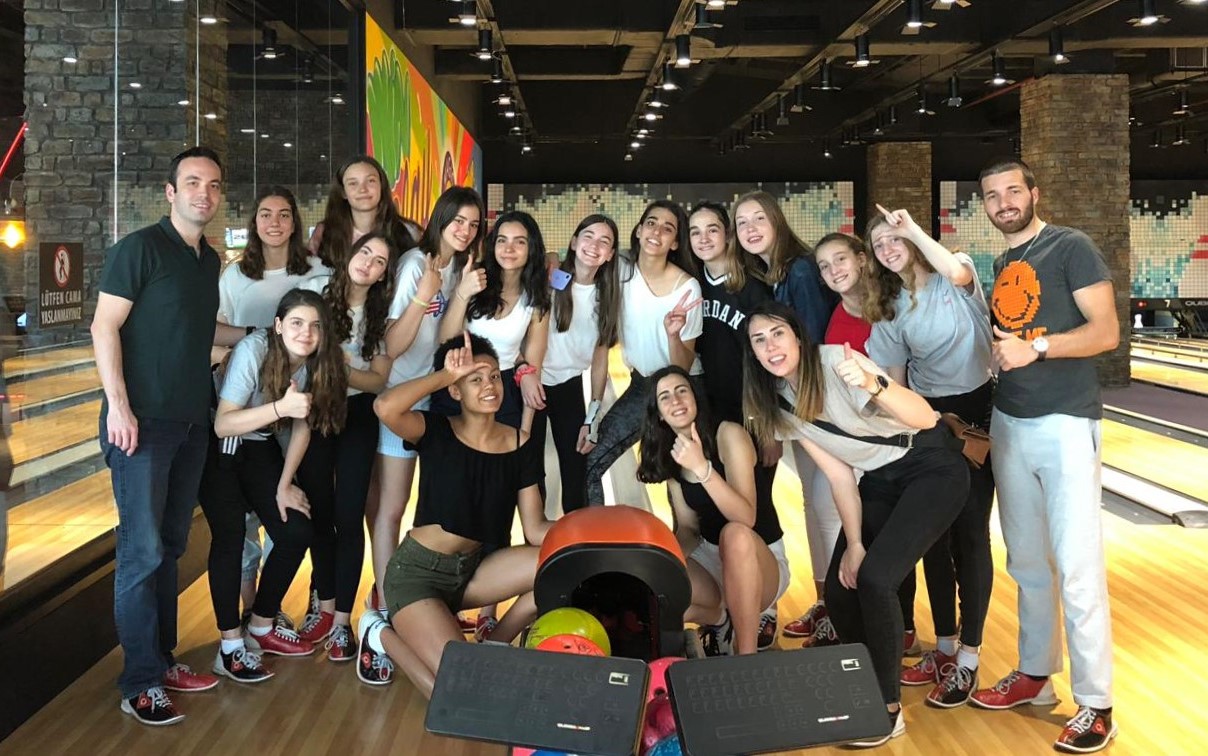 U15 Team playing bowling after the practice

We as Eczacıbaşı Sports Club aim to convey our Academy’s athletic achievements in volleyball and player development to other fields in life. We support the academic education of our girls who get a scholarship from different schools according to their athletic talents. We work in cooperation with the Nişantaşı University which provides us additional training fields and organizes helpful seminars for young players. We also spend a lot of time together outside the court to socialize and to release the stress of our busy schedule through different fun activities. 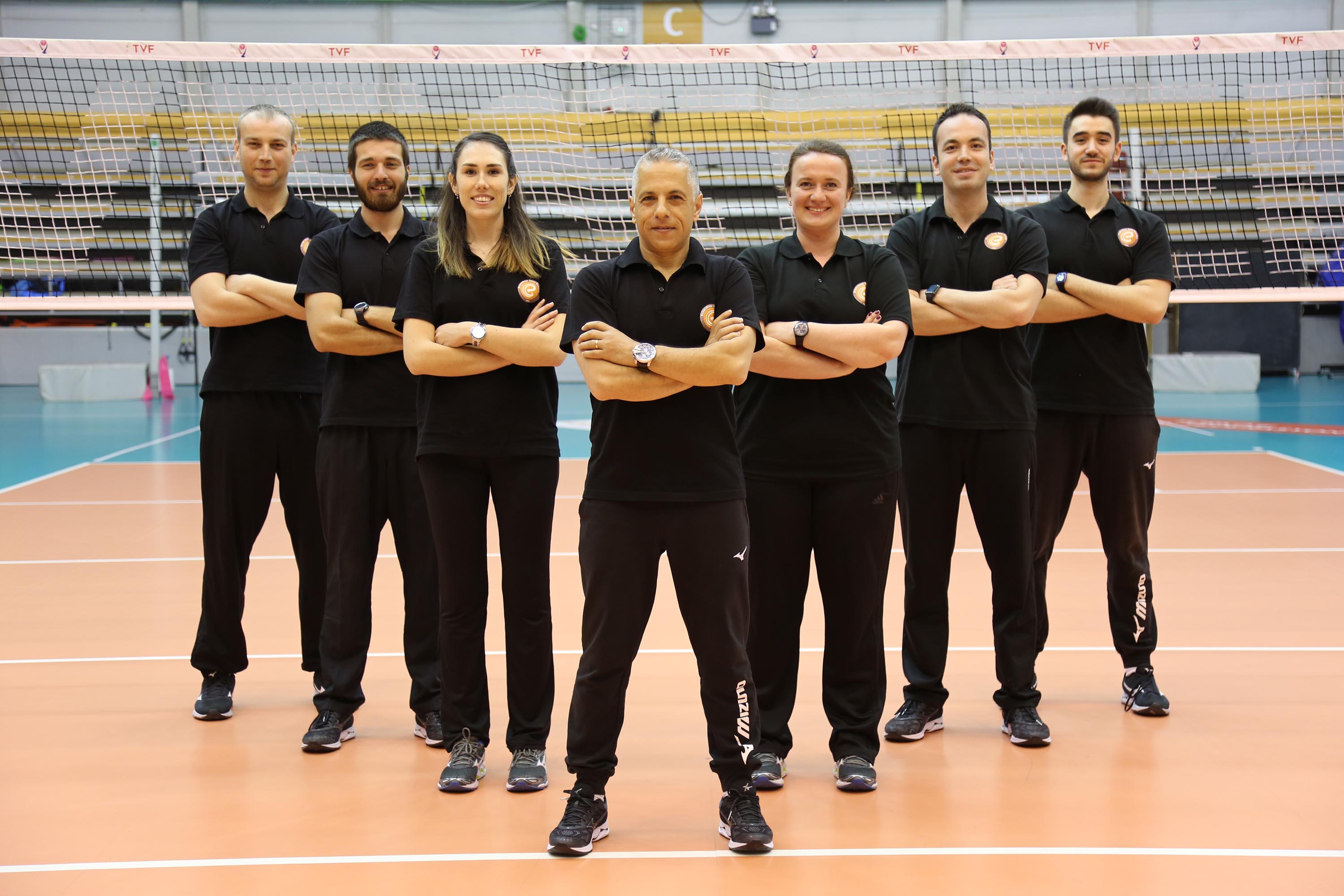 Manager of the Academy Teams Asuman Baş gratifiedly shares a recap of the season:

“As Eczacıbaşı Academy, we finished the season successfully where all our hard work has been paid off with three medal in three categories. First of all, I would like to congratulate the coaches, players, administrative staff and parents, who have supported us all the time.”

Our new Academy system, which can be seen as a sharp change, has been supported by two experienced coaches like Marco and İsmail. The efforts of our staff and athletes who believed in this change and gave their all were surely one of the most important drivers of success. And our athletes represented us by showing a strong character on the field and not giving up until the last ball. We are proud of them.

As the Academy of Eczacıbaşı Sports Club, our prior goal is to raise players for both our Senior Team and the Turkish volleyball’s future. Each successful result that we get through a right working method can only encourage us to achieve more. Once again I would like to thank everyone who has a share in these achievements and congratulate all.”

Statement on results of COVID-19 tests

Those Moments - Vol. I [Video]

Our new interview series start with Simge Aköz and Hande Baladın who will let us recall an unforgettable moment.

We are deeply saddened by the loss of our player Fatma Yıldırım's beloved father, Ahmet Yıldırım.

The Club has agreed with libero Simge Aköz for a contract renewal for two more seasons after her contract will expire at the end of next season.

Sign-up to Eczacıbaşı VitrA’s weekly newsletter to get the latest from the Club!